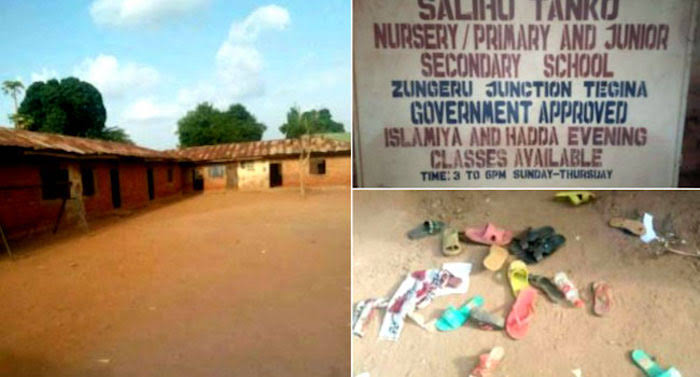 Abductors of the over 136 students and staff of Salihu Tanko Islamiyya School, Tegina, in the Rafi local government area of Niger State are demanding the sum of ₦110 million as a ransom for the safe release of the victims.

They threatened to kill the victims should the school or their parents fail to meet their demands by midnight of Tuesday this week.

The Head Teacher of the school, Abubakar Alhassan disclosed this to journalists on Tuesday, adding that the bandits’ call came in about 4:00 pm on Monday.

Alhassan said contrary to their expectation, the bandits claimed they have a total of 156 people with them made up of pupils and staff.

He said the management of the school has contacted the state government on the latest development but that the government is insisting on not paying ransom to the bandits.

This comes two days after bandits invaded Salihu Tanko Islamiyya school, a conventional Islamic school, and abducted many students including staff, killing one person and injuring one other person.

Although the number of those abducted were yet to be ascertained, but the proprietor of the school, Idris Umar told journalists on Monday that information gathered from parents indicated 136 students were kidnapped.

This is apart from the 11 pupils reported to have been freed immediately after the abduction because of their inability to keep pace with the abductors.

According to reports, parents and relations of the abductees have begun to raise money to take to the bandits.

But, on Monday, the Deputy Governor of Niger State, Ahmed Ketso had in a briefing at the government house in Minna explained the position of the state government that random would not be paid to kidnappers.