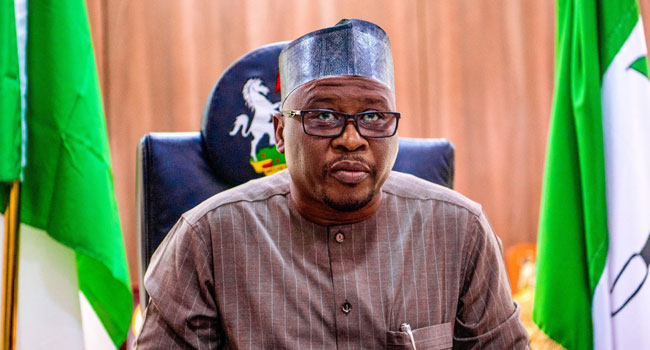 Adamawa State Governor, Umaru Fintiri, has directed an upward review of the curfew imposed on the three Local Government Areas (LGAs) in the state.

The governor’s media aide, Humwashi Wonosikou, announced this in a statement on Monday in Yola, the state capital.

He explained that the governor took the decision following the activities of Shila Boys and other miscreants using tricycles and motorcycles in the affected LGAs – Yola North, Yola South, and Girei.

“The curfew which was from 11pm to 5am during the Ramadan fast has now been reviewed to commence from 10pm to 5am with immediate effect.

“The review of the restriction of movement is necessitated by the desire of the government to checkmate rising activities of hoodlums terrorising these areas,” the statement read.

While approving the review, Governor Fintiri directed the security agencies to ensure strict compliance with the order under the Adamawa State Restriction of Movement of Tricycles/Motorcycles Executive Order No.1 of 2021.

He warned residents that anybody found breaching the peace or violating the curfew should be made to face the wrath of the law.

“Security agencies will continue to discharge their duties and residents are urged to cooperate with them to maintain the status of our state as one of the most peaceful.

“I appeal to residents not to indulge in any action that may turn back the clock, but to keep living in harmony and strengthen the unity that we are known for,” the governor was quoted as saying in the statement.

The Shila Boys, members of a criminal gang in Adamawa, are said to have been terrorising residents in parts of the state.

They reportedly began their operations in 2017 and the group comprises young boys between 12 and 27 who steal phones, bags, money, and other valuables from residents, with young girls and ladies as the targets in most cases.

The Shila Boys, according to reports, move around with sharp knives, cutlasses, and machetes, but they are said to have graduated to using tricycles and motorcycles to carry out their operations.