The Economic and Financial Crimes C o m m i s s i o n (EFCC), is investigating a serving minister over her alleged involvement in the purchase of a property estimated to cost a staggering $37. 5 million. The house was allegedly sold to the minister by a Managing Director (MD) of a bank, whose identity was not disclosed.

Chairman of the EFCC, Mr. Abdulrasheed Bawa, made the startling revelation, Tuesday, during an interview session on Channels Television’s Sunrise Daily, monitored by our correspondent in Abuja.

According to Bawa, the unnamed bank’s MD had approached the minister with the offer, which the latter eventually agreed to buy, after negotiations.

To understand her seriousness, the senior government official was alleged to have made available the sum of $20 million, which was safely evacuated from her house, with the help of a vehicle provided by the bank.

The EFCC Chairman has, therefore, expressed worries that the real estate was fast becoming the sector of choice for alleged money laundering in the country, by corrupt officials.

“Let me just give you an example. We investigated a matter in which a bank’s MD (Managing Director) marketed a property to a Minister of the Federal Republic (of Nigeria), and the minister agreed to purchase that property. “And then, of course, negotiations took place back and forth.

“At the end of the day, the minister agreed that, ‘yes’, she is interested in buying the property; agreed for $37. 5 million.

“Now, the bank sent a vehicle to her house, and then, in the first instance, $20 million was evacuated from her house. “The bank succeeded in putting it into their system, and they paid the developer,” Bawa said.

He continued: “And then a lawyer set up a special purpose vehicle, where the title documents were now transferred into. “And then, of course, he was posing as if he is the owner of that property. “You can see how the problem is, and that is what we say that that is the area where we need to work on and strengthen.

“Now, without the help of the bankers, the minister couldn’t even have imagined collecting $20 million from anybody. “Without the opportunity in the real sector, she (minister) couldn’t have thought of where to even launder the proceeds of crime.

“And this is just one of such cases; it is happening on a daily basis in this country. And that is one area where we say that, look, we have to look at, and then of course, we believe that if we succeed at the end of the day, then the problem will be solved.”

Speaking on the alleged fraudulent activities in the real estate, Bawa stated: “One of the problems that we have here now in this country, is the real estate. “Ninety to hundred per cent of resources are being laundered through real estate. Of course, they are being regulated, but it’s not enough.

“There are a lot of issues there that we can talk about all day, but I think to me, that is one area where if we get it right, we find it very…we intend to see it easing out with time.”

He lamented that despite the efforts by the President Muhammadu Buhari-led administration to tackle corruption in the polity, the monster had remained pervasive.

He, nonetheless, vowed the readiness of the EFCC and other anti-graft and law enforcement agencies to stay the course, until their collective mandate was achieved.

“The present administration is to fight corruption, and we in the EFCC and other law enforcement  agencies, we are doing our best in trying to see that we curtail it (corruption). “But of course, if you look at what is happening across the length and breadth of this country, you begin to wonder what is wrong with us,” he stated.

Asked to disclose which aspect of economic and financial crimes he will focus the anti-graft war on, he answered: “Well, when it comes to…by and large, is to deal with the issue of the utilisation of the funds, whether it’s the private sector corruption, or public sector corruption.

“You look at the avenues in which they are laundering these proceeds of crime. And that is very important. “We are looking at dealing with the gate-keepers in money laundering, to ensure that they have a rigorous and effective control over them. “Because, we believe that once we get that, those who are stealing will find it difficult to even steal.

“They will begin to think how they are going to even launder the proceeds of crime.” On how proceeds of crime invested in real estate will be tracked, Bawa responded thus: “That is the entire thing that we are looking at.

As it is today, every real estate developer is expected to be making returns (reports) to a special control unit against money laundering, in terms of who purchased, or who owns what.

“But, the regulation there is somewhat sketchy, and that is why when I came on board, I had to scale up activities of the special control unit against money laundering, because we believe that is the way.

“We have succeeded, since I came on board, to ensure that in each and every zonal office of the EFCC, we have that unit. You see, it’s a huge problem.” On the challenges associated with crypto currency, he had this to say: “As it is today, there is nowhere in the world where crypto currency is being regulated.

“The EFCC is looking at an avenue in which people are laundering and receiving proceeds of crime and that is our worry. “We have seen time and time again where cybercriminals are using this avenue to get their proceeds of crime. Before it used to be through money transfer agencies like Money Gram and of course Western Union. Now they have gone E (electronic).

“They will defraud somebody. They will get gift cards, exchange them on the dark web, and they will use the proceeds to buy crypto, and they can get it to their e-wallet, and then, of course, they can sell and get their money.

“As it is today, we have about 20 million dollars’ worth of crypto currency as of last statistics that I have because we also created our own e-wallet to recover crypto currency, you know it has never happened before but we created it we are now recovering these proceeds of crime from that means as well.

“So, we are in support of what the CBN has done, because it has limited the ways in which some of these criminals can exchange their crypto and get naira for it.” Meanwhile, the EFCC’s boss has hinted of possible threats to his life by unknown persons. 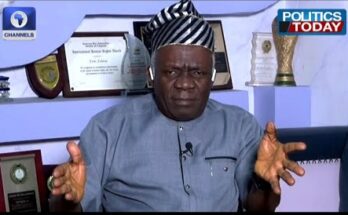