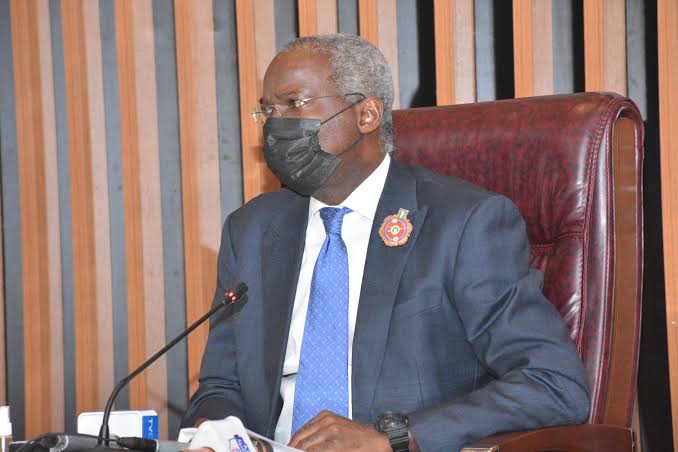 The Minister of Works and Housing, Babatunde Fashola on Thursday refuted a widespread statistic claiming that Nigeria has a 17 million housing deficit, pointing out that no such deficit exists anywhere in the world.

The minister made the comment during a ministerial briefing organized by the Presidential Communication Team at the State House in Abuja.

The statistic is purported to have been generated by the National Bureau of Statistics for the date ending August 2012 and has been quoted in documents published by consulting firm PWC.

According to Fashola, an official census must be conducted to give a definitive response to Nigeria’s housing deficit situation.

He said Nigeria is a country with significant number of empty houses particularly in the urban areas and cannot be said hold such a figure.

Meanwhile, the Minister reiterated the need to run a maintenance economy.

He said there was a plan to approach President Muhammadu Buhari to submit the proposition that an executive order be raised to compel action, because there is currently no specific amount of budget for maintenance.

Fashola argued that running a maintenance economy, as evident in the rehabilitation of about 24 Federal secretariats, would engender the creation of more jobs in the country.