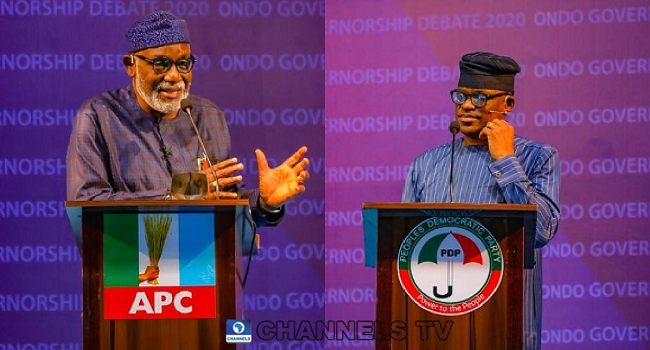 The Federal Court of Appeal sitting in Akure, the Ondo State capital will on June 16 decide the case filed by the candidate of the Peoples Democratic Party (PDP) Eyitayo Jegede against the victory of the All Progressives Congress (APC) flagbearer, Rotimi Akeredolu in the October 10, 2020 governor election.

The court will decide whether the case was a pre-election matter or not.

A three-man panel of judges, led by Justice Theresa Ngolika Orji-Abadua, fixed the date for the sitting.

The lead Counsel to the PDP candidate, Oyeachi Ikpeazu, SAN, had earlier approached the Appeal Court, claiming that the APC candidate’s nomination was not constitutional.

The election petition tribunal led by Justice Umar Abubakar that sat on the case had via a virtual platform ruled on April 20 2021 that the qualification of the APC candidate and his deputy were not a pre-election matter, but a constitutional matter, which is not within its jurisdiction.

Justice Abubakar ruled that “The issue raised therein in this petition are settled issues of internal affairs and Management of a political party which this tribunal has no jurisdiction”.

The position of the tribunal is in line with the argument of the counsels of Akeredolu, the APC, and the Independent National Electoral Commission (INEC).

Subsequently, counsel to Jegede, not satisfied with the tribunal judgement approached the Court of Appeal insisting that the case was not a pre-election matter.