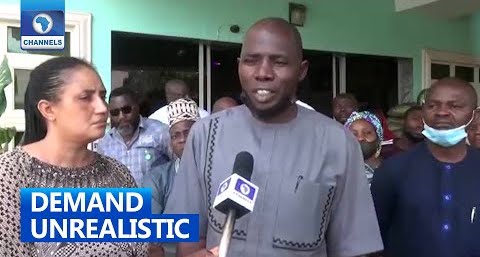 Parents of kidnapped students of Greenfield University in Kaduna state have appealed to the Federal and Kaduna state government to assist them in rescuing their children.

Their appeal comes barely 24 hours after bodies of three out of the abducted students were recovered by security agencies on Friday.

At a meeting held in Kaduna, the parents said they feared that their children might be killed if they don’t meet up with N800 million ransom demand from the kidnappers.

“He returned to the school on Tuesday, only for me to hear on Wednesday that my son has been kidnapped,” mother of one of the abducted students, Mrs Lauretta Attahiru said.

“It is a nightmare, I have not slept, I have not eaten; and I am appealing to the public to assist us. The demand is unbearable. The amount is unthinkable.”

Another parent, Markus Zarmai said there was no way the parents could pay the ransom.

Archbishop of Kaduna Catholic Diocese, Most Reverend Mathew Ndagoso encouraged parents to keep up hope and pleaded with the government to intervene.