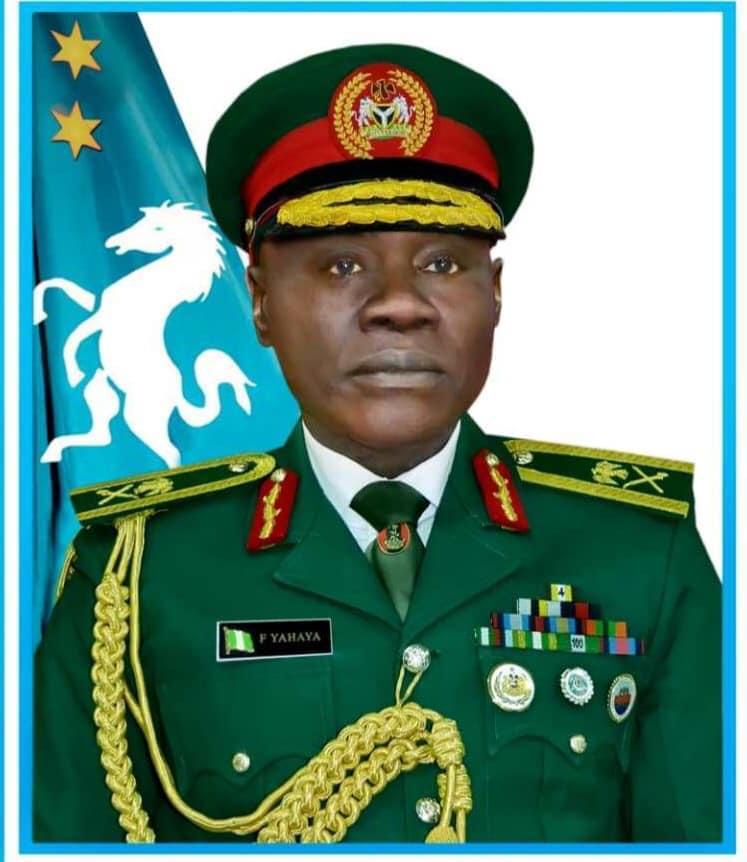 According to GoldMyneTV, This development was announced via a statement signed by Brigadier General Onyema Nwachukwu, acting director of Defense information, on Thursday afternoon.

The statement read in part; “The Commander in Chief of the Armed Forces of the Federal Republic of Nigeria, President Mohammadu Buhari has appointed Major General Farouk Yahaya as the new Chief of Army Staff.”

“Prior to his appointment Major General Yahaya was the General Officer Commanding 1 Division of the Nigerian Army and the incumbent Theatre Commander of the Counter terrorism Counter Insurgency military outfit in the North East code named Operation HADIN KAI.”