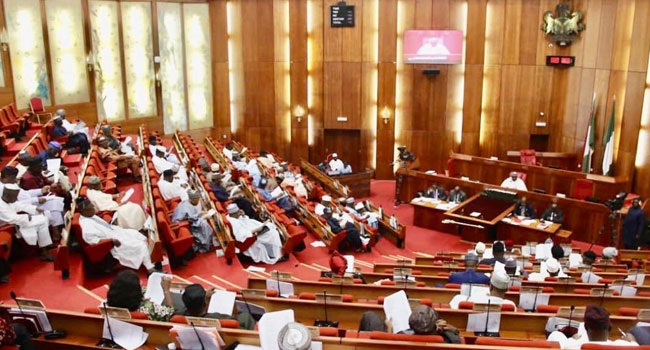 The Senate committee on INEC has laid the report of the highly anticipated Electoral Act Amendment bill before the Senate at Wednesday’s legislative proceedings.

The Senate is expected to debate the report on Thursday before it proceeds on its annual recess.

Ahead of the presentation and debate of the report, Senate President Ahmad Lawan, noted that there are various insinuations that the leadership of the Senate or leadership of the National Assembly has tampered with the report of the committee on INEC of both chambers.

However, he says some of those accusing the leadership of the National Assembly are misinformed and innocent while some others are simply mischievous and rabble-rousers.

Senator Lawan maintained that this is the first time the report on the Electoral Act Amendment bill would be laid before the senate and the recommendations in the report are the decisions of the committee on INEC.

He further noted that whatever will be discussed or considered concerning the bill, will be on the basis of what has been presented to the Senate.

The Senate leader advised anyone who feels very strongly about any aspect of the bill to lobby senators to canvass for their positions.

The bill has also been laid before the House of Representatives and is expected to be considered and passed on Thursday.