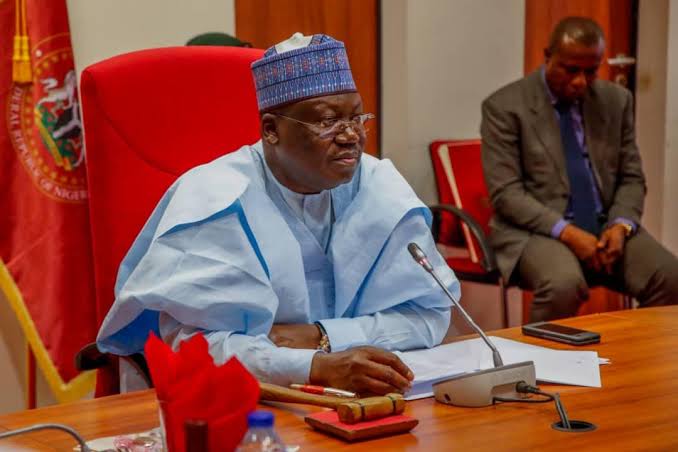 The President of the Senate, Ahmad Lawan, has said a national public hearing to alter the provisions of the 1999 constitution would hold on 3rd and 4th of June, being Thursday through Friday this week.

Lawan made this known on Tuesday in an announcement to that effect and conveyed in a letter addressed to him by the Chairman of the Constitution Review Committee, Senator Ovie Omo-Agege.

According to the Senate President, the two-day National Public Hearing on proposals to alter the provisions of the Constitution of the Federal Republic of Nigeria 1999 is scheduled for June 3 and 4, 2021 at the African Hall of the International Conference Centre, Abuja.

He described the zonal public hearings, which held last week in the six geopolitical zones of the country, as “quite successful”.

Lawan appealed to Nigerians to seize the opportunity provided by the national public hearing commencing on Thursday to state their position on issues that would improve the quality of governance.

He said: “Let me also congratulate the members of the Constitution Review Committee of the Senate, who had conducted the public hearings across the countries.
“[And] in fact, the report we received has shown that in all the centres, the public hearings were quite successful.

“I want to also appeal to Nigerians to take the opportunity of the national public hearing that will take place from Thursday.

“This is an effort that the National Assembly, particularly the Senate, is attached to.

“We believe that we must do whatever is necessary to provide a platform for Nigerians to air their views, give their positions and canvass for whatever they feel would make our country better, and make governance more efficient and successful.

“Like I said before, we have no preconceived positions on anything and, therefore, this is for our citizens to take the opportunity.”