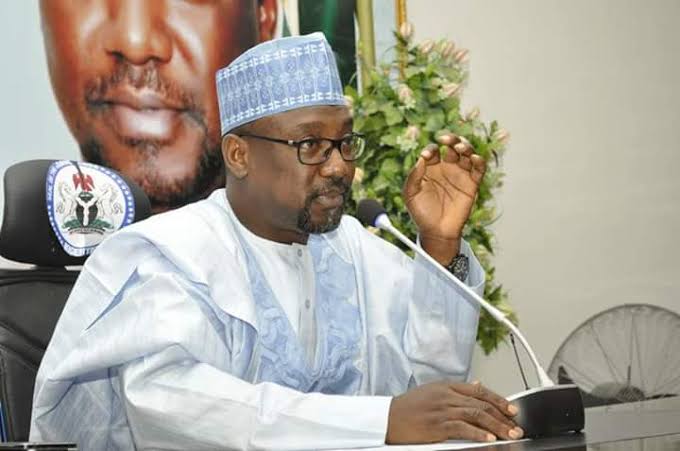 Politicians within government corridors have been releasing strategic planning to bandits as informants in order to make money, Governor Abubakar Sani-Bello of Niger state has said.

“There are politicians and others in government corridors who give out information to these criminals.  Even  when  we  hold meetings, few moments  later, the bandits  will  be  saying  the  governor  has said  this and that. I cannot trust anybody anymore,” the governor declared.

He expressed concern that some people were eager to make money while children within ages three and 11years were in captivity.

“They said I should bring money so that they can bring the children and I asked them, ‘where will they find the children’,” the governor said.

The governor  also  decried media reportage which bandits  got to  know classified  information about government  actions, saying “you may think  that  the bandits  are  illiterates but they are  very intelligent in processing  information.”

Donating 10 operational vehicles and 20 motorcycles to the Special Vigilantes Corps, Governor Sani-Bello implored them to clear the miscreants that had disturbed residents of Minna for months.

He said unlike  their  counterparts  in  bandits-affected  areas, the corps was not  trained  to  engage in exchange  of  fire.   “They  are  for now restricted  to  Minna by working  with  the  police  to identify  and  arrest the  boys causing  crisis  in our streets, destroying  property  and injuring  passers-by,” the governor said.

Presenting  the  special  vigilantes, the  state  Commissioner  of  Police,  Adamu Usman explained  that  the  creation  of  the  corps became  necessary  in order  to  keep  peace in Minna  while  conventional  security  agencies  fight bandits  in other  parts  of  the  state.

He said the vigilantes  had undergone  two-week  training  and  ready to  work  with  police in curbing  activities of  street urchins  in  Minna.

See also  Yoruba Nation Rally: We Are Here To Ensure The Protest Is Not Hijacked by Hoodlums – Says Lagos CP

The police boss assured that the vehicles and motorcycles donated by government would be judiciously used.

In a related development, the people of Godogodo community in Jema’a local government area of Kaduna state have expressed concern over the increasing security challenges bedevilling the area, and leading to loss of several lives and property.

They alleged that suspected herdsmen have killed many innocent people, including the head of vigilante group, Frank Zakiri, in Godogodo village.

Zakiri was known for leading other vigilantes in protecting his community and environs against invaders that killed and destroyed properties.

The increasing spate of killings in the area has caused fear among the people who could not sleep with their two eyes closed for fear of the unknown.

A source who craved anonymity explained that the Chief of Godogodo, Iliya Ajiya, received the killing of the head of the vigilante with great shock, assuring the villagers would continue to fight against invaders for the protection of their community.

He said as a community, they had resolved, irrespective of any differences, to continue to protect one another against what he called “enemies of progress especially during the rainy season when majority of the people who are peasant farmers will go out every day to farm for their survival.”

The chief called on government at all levels to ensure proactive measures were taken to checkmate the activities of criminal elements in the society in order to allow people go about their lawful activities for a peaceful and harmonious society.

Meanwhile, a resident of Gwashi village in Bukkuyum local government area of Zamfara state, Yusha’u Mohammed Gwashi, has appealed to the federal government to urgently deploy additional 200 troops to their area to fight the bandits terrorising their area.

Gwashi made the plea Tuesday in a telephone interview with Blueprint in Gusau, the state capital.

He said the bandits, in their large numbers, besieged their area between Sunday and Monday with sophisticated weapons on their way to Birnin Gwari Forest, and killed three locals while many others scampered for their safety.

He expressed worry that the bandits could warn them not to their farms  as they threatened to kill anyone  who acted contrary to the order.

“The troops attached to our area are not up to one unit and the bandits use to come in their hundreds with heavy fire arms more than that of the troops, so we need more additional reinforcement of the troops to forestall insecurity challenges we are facing to bandits attacks on daily basis,” Gwashi further pleaded.

Gwashi further hinted that as a result of Banditry in their area, many women and their childrens have left the area in fear of the Bandits attack, calling on federal and Zamfara state governments to take urgent steps in tackling the trend.

Governor Bello Mohammed Matawalle had last week, directed communities across the state to go on self-defence whenever bandits strike.

Further to this and other measures taken to halt banditry, the governor  also suspended the Emir of Dansadau Alhaji Hussaini Umar and District Head of Nasarawa Mailayi Alhaji Bello Wakkala and the Emir of Zurmi,Alhaji Abubakar Atiku Muhammad  for allegedly aiding and abetting the criminals in their jurisdictions.

In a related development, a lawmaker representing Zamfara North, Senator Sahabi Ya’u, has promised to construct grazing grounds for herders in his constituency to complement government efforts at tackling insecurity in the state.

Senator Ya’u, who made this known while speaking to journalists in Gusau Tuesday, said the project would be established on grazing routes in the state.

The senator blamed alleged injustice meted out to the herders for the security challenges in the state, which he noted began with cattle rustling before degenerating to banditry.

“I think this (project) is in line with what Governor Bello Matawalle is doing to provide `RUGA’ settlement for the herders.

“This year (2021), part of my constituency projects, I intend to provide grazing grounds for herders so that they can be contained in one place.

“After identifying the location, securing it, we are going to plant the grass that will be harvested into belts for use every season of the year,” he said.

Senator Ya’u said tackling insecurity is a collective responsibility, adding “at the National Assembly level, we are doing our best to address the insecurity in the country.

“The insecurity we are facing is very disturbing. We have realised that we are in danger; it requires collaborative effort to address it. Everyone’s support and contribution is needed not only state or federal government.”