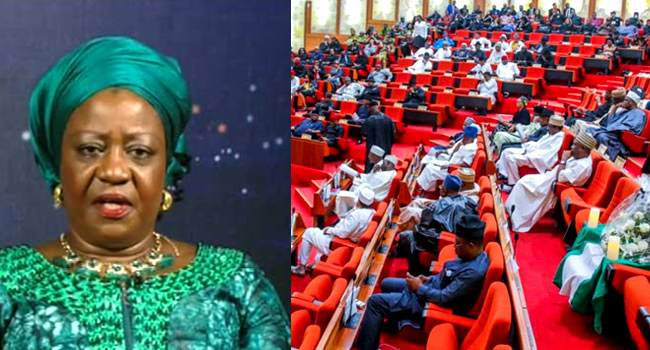 The Senate on Tuesday explained why it rejected Lauretta Onochie as an INEC Commissioner for Delta State.

President Muhammadu Buhari had nominated Ms Onochie in October 2020 but many Nigerians criticised the move.

According to critics, Ms Onochie was a member of the All Progressives Congress and an aide to President Buhari.

In its decision to reject Onochie’s nomination, the Senators said it had received several petitions against Onochie.

Also, nominating her would contravene the Federal Character Principle, the Senators said, according to a statement signed by Ezrel Tabiowo, a spokesperson to the Senate President.

Meanwhile, the Senate confirmed five other nominees as INEC Commissioners.